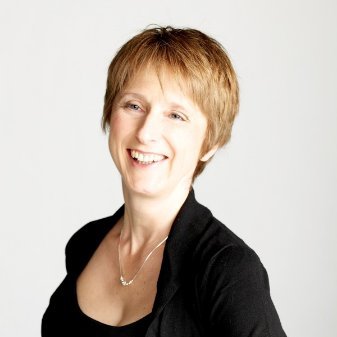 “The trouble began when Mark got a new boss at work. That’s when the bullying began and when the work started piling up but I mean really piling up. Mark said he would frequently still be at the office at 10 at night.

“This was fine with his wife, Emma, for the first few months. After that the strain of coping with her own job, with the children, and with ageing parents soon became too much.”

Sarah Wiesendanger is describing one of the latest cases she’s been involved with. Sarah is an experienced counsellor, based near Guildford, Surrey specialising in divorce counselling in domestic legal disputes.

She’s seen situations like Mark and Emma’s escalating out of control many times before.

The names have been changed to protect her clients’ identities.

Sarah says the the bullying Mark was experiencing had been taken up a notch – his self-confidence had nose-dived. So much so that he felt too ashamed to share his problems with Emma. He became sullen and withdrawn, and feeling insecure and exhausted, Emma soon started taking her frustration out on Mark.

“Mark was getting it in the neck at work and at home; Emma was being stretched to breaking point with expectations in so many areas of life. The children were becoming more needy and fearful because of the rows at home.

“That’s when Mark met Belinda, and fell headlong in love. As a younger woman, without children, she was able to give Mark all the attention that he needed, and he started to thrive again, making things at home easier with fewer arguments, and the children settling down. Emma felt a huge sense of relief.

“But then Belinda wanted to take her relationship with Mark further and so after a great weekend away, just the two of them together, Mark sat Emma down and announced that he was moving out and wanted a divorce.”

“Emma’s world completely caved in. The shock was immense. After months of struggle, she thought things had been getting better. In the days following Mark’s departure, Emma couldn’t sleep, she started to suffer from nightmares, and experience debilitating nightmares; the children’s schoolwork and friendships began to suffer. And that’s when she came to see me.

“The mediation sessions at their solicitors had been pointless. Neither side were listening – and both Mark and Emma had, at times, walked out of the room or shouted at each other. The sessions were getting them nowhere. It was becoming a waste of time not only for the couple but also for their legal teams. The costs were mounting up and nothing was being resolved.”

Sarah was able to calm the situation down and progress quickly began to be made.

“Using a highly effective and very simple technique  I was able to resolve Emma’s panic attacks and nightmares in the first few sessions. I also taught her some reliable stress management methods – she soon started to sleep better and began to gain a clearer perspective on her situation.”

Sarah says she then subsequently worked on helping the couple to negotiate a new relationship so that they could continue to parent effectively together and work out family arrangements that gave the children a sense of safety and love.

“As the divorce process continued, the counselling sessions were a valuable place in which Emma could work through her feelings of abandonment, grief, anger, fear and hopelessness. This meant that these difficult emotions didn’t leak out so much at home in front of the children, or in her new relationship with Mark.

“Once the divorce came through, the final stage of my work focused on creating a new future for Emma and learning from her marriage with Mark so that she didn’t encounter the same pitfalls in a new relationship.”

Sarah believes that more family lawyers are beginning to realise that they need to take a more compassionate approach when dealing with relationship breakups. Often they find it helpful to access out-of-house specialised divorce counselling, which is where Sarah comes in. Sarah works with legal teams not only in Surrey but also London.

“When resolutions are dealt with in a calm manner, it actually makes mediating easier for all involved including the lawyers involved. Often I am being called in too late but if I can become involved it makes everyone’s lives easier.

Sarah would be happy to talk to anyone needing her help.

“I would like to partner more with family lawyers – it means that I can start helping to resolve situations before cases like Mark and Emma’s escalate out of control.

To find out how Sarah can help with mediation counselling in Surrey and London please get in touch:  07912 357 366  Email: swiesendanger@googlemail.com  Skype: shaw.wiesendanger

About the Author: Sarah